Showing posts from 2017
Show all

Every Case Is Special

July 07, 2017
Special cases are everywhere. This one little thing has to work this other way. Soon, there is an if/else chain twenty conditions long. Worse, that if/else chain is embedded in another chain of twelve conditions, all in one happy method. The next person making a kind of change has to tack on another condition and hope nothing blows up. We know it's bad when we see a bird's nest like that. How can we deal with it? Why should we? The problem with code no one understands is that no one understands it. We will have a huge problem the day it stops working. We assume that, if it works now, it will work forever. That is a faulty assumption. The world changes around us. The solid rock beneath that code can erode away. And our hair will be on fire when that day comes. Special cases are special. Normal cases are also special. Every case is special in some way. There are some classic special cases common to many code bases. There are quirky special cases unique to your own code. We ne
Post a Comment
Read more

June 22, 2017
I was recently perusing when I came across a link to a Joel Spolsky blog post . In it, he describes how a form of Hungarian notation can be used to make wrong code look wrong. In the process, he describes the interesting history of how Hungarian notation came to be, and how the common use of it today was not the way it was originally intended. He describes how Hungarian notation was created to convey application-level information about a variable. It could be used to distinguish between two different types of dimensions that might both be typed as int s. He termed this Apps Hungarian. While the compiler could not tell them apart, the human eye would be able to with a cursory glance. Later, the notation was instead conflated with the type that the compiler saw. An int iWidth carried redundant information that could actually get in the way if the type ever needed to change. He termed this Systems Hungarian. He gives several examples in the post. Notably, he describes how Apps Hunga
Post a Comment
Read more

June 08, 2017
Bugs are demoralizing. Bugs are draining. Bugs are frustrating. Bugs suck. Nobody really wants to have bugs, and nobody really wants to be the one who has to track them down. Bugs are a reality of software development. They happen in even the most meticulously managed software. They always seem to come from the obscure or not-understood part of the code. They give error messages that make no sense and are completely unhelpful. I'm looking at you, NullPointerException and equivalents. Getting assigned bug tickets is the software development equivalent to latrine duty. It is a necessary task that needs done, but no one wants to do it. A developer could spend hours or even days banging their head on their desk just trying to figure out what could possibly be causing the error. All the while, they are not creating new business value. For some team members, finding where the bug is coming from is easiest. For others, discovering what is causing the software to get into a bad stat
Post a Comment
Read more

May 25, 2017
Many factors can force software to change, such as new business requirements or new technology requirements. As software developers, we have to handle the constant stream of new demands in a maintainable way. But sometimes we don't have the time, or we don't have the resources. We just need to make it work because they need it like yesterday! When we allow ourselves to get caught up in the frenzy, we let quality slip. Other times, we just didn't know. Or we had bad practices that we thought were fine. Quality slips all the same. Can we see these issues just by looking at the code? public List getPersons(String name, String firstName, int contacts, boolean sort, boolean dir) { ResultSet rs; List persons = new ArrayList (); if (name != null) { rs = db.query("SELECT * FROM People"); addAllPersons(rs, persons); if (sort) Collections.sort(persons); if (dir) return persons; } else { rs = db.query("SELECT * FROM People WHER
Post a Comment
Read more

May 05, 2017
As programmers, we are always seeking to match great problems to elegant solutions. We want to solve a problem in a way that solves it forever. The larger the problem is, the greater our need to find that permanent solution. This thinking is what leads us to create hulking pieces of software that try to solve every problem but solve no problem well. These frameworks we create aim to be general enough to apply to an entire category, but lack the concrete details to be applicable to any specific need. We build these frameworks because building them is more interesting than the actual problem we have to solve. Who wants to write the software to track auto parts in a warehouse when we could write a framework that maps relational data to object workflows? We could use that framework on any problem like that. We just need to add tens of thousands more lines of code tightly coupled to our framework. Too bad all we end up writing is a giant framework and a giant business logic layer to... t
Post a Comment
Read more

The 7 Worst Atrocities of Cleverness

April 20, 2017
We know we shouldn't be clever , but what is clever? There are seven particularly bad forms of cleverness, from very small to very large. Bitwise Logic and Ternary Statements This is the lowest-level cleverness. We write a one-liner that uses bitwise logic or a ternary statement. They start out innocently. We have an assignment based on a simple condition. A full-blown if-else block feels like overkill. Then that turns into this: int i = 16 + (!(a & 4 == 0 ? thing : other).getValue().equals(b & 1 == 0 ? first : last) ^ (b & 2 != 0 ? w[0][1] : w[0][0])) ? counter - 1 : counter << 1; That's not clever. That's a train wreck. Singletons and Lying About Dependencies Design patterns are general solutions to common problems, and are often useful. But Singleton is one "pattern" (actually an anti-pattern ) that can be destructive to a codebase. Singletons are easy to write and easy to use, but they are just another form of global state. Pro
Post a Comment
Read more 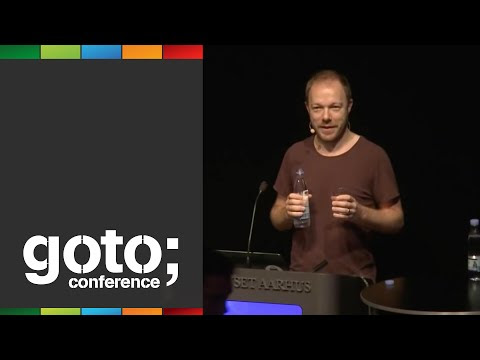 I was recently watching a talk by Dan North . At one point he briefly talks about a project he worked on. For this project, the Ant build script was generated with an XSLT transform, producing a build script about 2 million lines long. Even though that is clearly horrible, my first fleeting thought was, Huh, I would have never thought to do that. That's pretty clever. . Dan North's Simplicity, the Way of the Unusual Architect , at the time of the story That's pretty clever, is absolutely the wrong thought to have. I cannot fathom the monumental, wasted effort maintaining such a system. But I am also sure it started as someone's clever idea. There would be plenty out there who would say, Well, that project went wrong, but the idea itself isn't bad. It's pretty darn clever, really. "Cleverness" like that always seems promising at first. It is a novel view of a problem at hand. Because clever ideas are novel in completely unexpected ways, they h
Post a Comment
Read more

Stand Up Against Stand Ups

January 19, 2017
It's finally happening: your team is finally going Agile, whatever that means. The business has complained for too long. The team has complained for too long. You need to move faster and do more. Word comes down that you're going to try Scrum . This shouldn't be too bad. After all, Scrum can't be that hard to master . Well, turns out that there's a lot to Scrum, and your team can't just switch over in one day! Let's take this slowly, adding in the simple parts and going from there. Timeboxed iterations make sense. Your team already has a weekly meeting, so sprints are a week. That was pretty easy. What's next? Product owner, no; retrospectives, no; story points, no. Aha, stand-ups! Once every day, you stand up and talk about stuff. That's easy enough. Done. You are so Scrummy now! Or not so much. That all-too-common story of Agile Transformation highlights a number of pitfalls that derail real change. The most deceptive practice, though, is the d
Post a Comment
Read more

Exposing Dependencies: Getting Worse Before Getting Better

January 05, 2017
As software developers, our job is managing dependencies. We have to carefully construct balanced graphs of classes, objects, libraries, services, and more. Code needs to be encapsulated, reusable, and extensible, all while creating end-user value. We use techniques like composition, inheritance, and dependency injection to separate this from that, knowing that this or that could change in unknown ways at any moment. We don't always get to create the perfect system from the ground up though. Sometimes, we work on software developed long ago that could not anticipate today's needs. It hurts a little more when we see our name on all those commit messages. Regardless, we need to make the necessary adjustments for our system to meet the needs of today and tomorrow. To make code more flexible and adaptable, we often have to break it up into more singular and discrete responsibilities. We have to pull out and encapsulate the pieces that are at different levels of abstraction. We ha
Post a Comment
Read more
More posts